The clean-burning energy source is still too expensive to compete with fossil fuels, but oil companies are investing heavily.

On particularly cold winter days, the vast majority of the U.K.’s energy comes from burning natural gas. That arrangement will have to change radically—and soon—if the country is to hit its legally mandated target of net-zero emissions by 2050. As other countries adopt similar targets to align with the Paris climate agreement, they too will have to find an alternative to natural gas. That leaves fossil fuel companies with a ticking clock.

Hydrogen burns cleanly, leaving only water behind. That’s made it an attractive alternative fuel source—not just for governments looking to satisfy climate mandates, but also for oil companies trying to ensure their continued relevance. Oil-and-gas majors such as Shell, Equinor, and BP have spent tens of millions of dollars on pilot projects. Now in the face of record-low oil prices, frozen international travel, and growing shareholder unease over greenhouse gas emissions, investing in hydrogen has taken on a new urgency.

Hydrogen also burns very hot, making it useful for high-polluting heavy industries such as cement- and steel-making. These sectors have long relied on coal, and established renewables such as wind and solar can’t deliver the necessary heat. Supplying hydrogen could potentially become a huge new market that oil companies could dominate quickly thanks to their existing expertise in transporting and selling gas.

“Some oil and gas majors see it as a lifeline,” says Rachel Kyte, dean of the Fletcher School at Tufts University and former special representative on sustainable energy at the United Nations. “Now you need regional governments to take the helm and drive it forward.”

With European governments unveiling tens of billions of euros in new spending to re-start economies and satisfy pre-existing climate commitments, hydrogen development could get a major funding kickstart—Germany, for example, has allocated €9 billion ($10 billion) to the nascent industry. That spending will be crucial for the technology around hydrogen production to reach a scale that can compete in the international market.

Despite all the interest, major obstacles remain before hydrogen can fully replace fossil fuels in any sector. The world currently produces more than 110 million metric tons of hydrogen annually, according to BloombergNEF. Most of that is used to make ammonia, NH₃, needed in fertilizers and to convert crude oil into more valuable products such as gasoline and diesel. About three quarters of that hydrogen is derived from the chemical conversion of natural gas—the primary component of which is methane, CH₄—through a process that also produces carbon dioxide, CO₂. 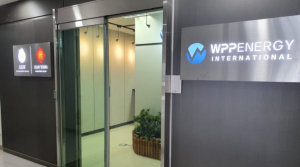